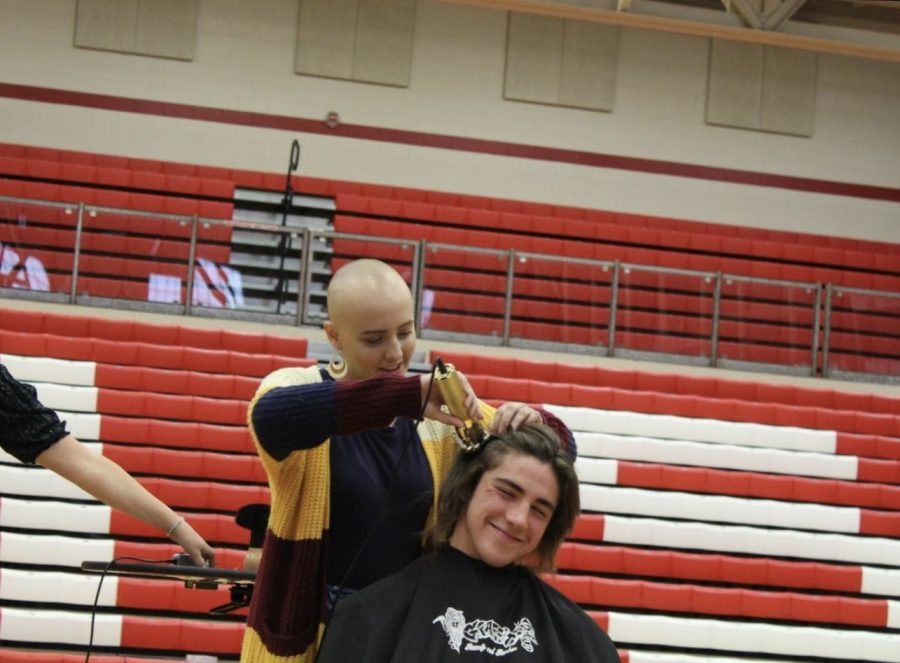 Some of the MHS Student Body and other fellow students shaved their heads for the Bobcat Courage campaign on Tuesday November 26. They did this not only for all those that are struggling physically, but mentally too.

“The Bobcat Courage campaign is all about recognizing and supporting those going through difficult trials it their lives, whether it is a physical, mental or emotional trial we want everyone to feel comfortable and accepted. I personally think school should be a safe place to learn and grow relationships,” Senior Easton Cordero said. “When we heard about Carly’s cancer we wanted to show our support. The student council proposed some ideas and I gladly volunteered to cut my hair,” Cordero said.

“When we heard about Carly’s cancer we wanted to show our support. The student council proposed some ideas and I gladly volunteered to cut my hair,” Cordero said.

They immediately put up posters around the school for people to sign up. This helped to involve the students. It took awhile for people to write their names down, but eventually we had lots of people signed up to support Carly. However, Junior Gavin Fuller had other reasons.

“I’ve had my grandma and a couple friends from different states pass from cancer, so I shaved my head to show them they are still in my heart,” Fuller said.

During the assembly, Allphin came and shared some of her thoughts with the students. She then shaved Cordero’s hair, followed by over 60 students getting their head shaved by Graffiti. After she shaved Cordero’s head, the Student Council presented the entire student body with Bobcat Courage beanies.

“Our idea has been to involve students, so every assembly we have been giving out something and so we had the crazy idea this time to give something to everybody. So, we talked to Kettle Embroidery and they were willing to help us out and give us a super good deal on these hats. We thought that by doing this we could bring everybody together.”

Although some were very sad to see their luscious locks go, most were ready to rock their new do’s around the school.

“I loved my hair long, but there are also pros and cons. But it’s nice having it short. I think now that it is short, I don’t have to worry about combing my hair, and I save money on shampoo and conditioner.”